House points for the quiz –

The top five classes were –

and the winners were TLd

Try out your knowledge of NZ music by doing the quiz for yourself - see elsewhere in this newsletter (answers at the bottom).

Congratulations also go to two Year 12 musicians who have had national success. William Holland, assisted by Felix Finlayson-Hood, were placed 3rd in the National Schools’ Songwriting contest ‘Hook, Line and Singalong’, which is one of the NZ Music Month activities. They also won the Most Original Lyrics Award, with their song titled “Stop The Drop”

Two weeks ago the Peel Trio perform for in assembly. We wish Emma Horn, Emily Dodd & Daeniel Quiambao well for the Regional Chamber Music Contest, which will be held in Timaru on Monday 12th June (4pm at Craighead Diocesan School).

Here is Hannah’s success story in the music industry –

Hannah grew up in Woodbury and attended Geraldine High School (Year 7 & 8). She was “never a very high achiever, always felt on the outside socially, and didn't fit in with the cool kids”.

She recorded her first song when she was 13, with her Mum, local resident and Tui-winner Lorina Harding. The song was a duet about the arguments mothers and daughters have. Once she left school her dad bought her a guitar and she started writing her own songs while living in Lyttleton.

She has a unique style, sometimes called "gothic folk" and has an incredible vocal range and sounds.

The very famous Rolling Stone magazine has last month selected her as one of the top 10 musicians worldwide to look out for this year. She has just released her second album, performed alongside Lorde and Sheryl Crow at the Jools Holland Late show on TV last week, and is on her second massive world tour, which includes performances at prestigious festivals like the Montreux Jazz Festival. She does not buy into the whole "looking pretty" "dress sexy" mould that so many female artists think they need to portray to be famous. She is where she is by truly being herself, believing in her music and persevering through the tough times.

Aldous Harding is an example to all girls of our school, and proves that being you IS more than good enough!

Here is a link to her latest single: https://www.youtube.com/watch?v=xE-A0cNSLmc

And here she is in duet with Marion Williams, another well-known Canterbury artist:

Link to her performing her first song with her mother Lorina, when she was 14: https://www.youtube.com/watch?v=bgposeecVso 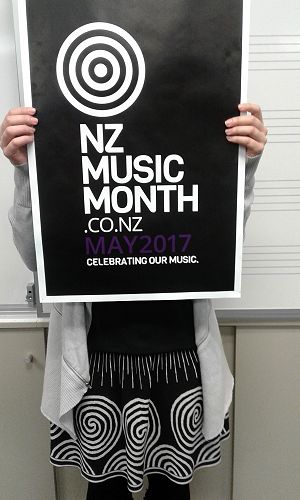